Or - Part 1 by Azriel Johnson 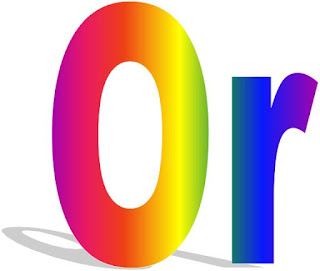 The kids teased him mercilessly.  They pushed him to the ground.  They kicked dirt in his face.  Some of them spit.  Some of them pissed on him.  They took their fire sticks and shot sparks at him.  The boy couldn’t handle the onslaught of disrespect, bodily fluids and insulting pre-fire.
The problem with being an orphan is, no one gives you a name.  You have to earn it.  The boy was on his way to earning the name Spi Pi or Dir Spa or something to that effect.  He didn’t have anyone to help him learn to fight.  All the children with families has their names already and while none of them were properly trained in the ways of The Rings (they were much too young anyway) most of them were bigger than the boy.  Also, there were eight of them.
For now they called him “Na Le” (Nameless) like it was a swear word.  He could see their black skins taking on small changes in color depending on what they did to him to taunt him.  The kids kicking dirt on him took on a brown hue.  The kids pissing and spitting on him found greenish coloring. The children who used their spark sticks took on small bits of red.
Any changes that occurred this young were bound to fade away after a day or two.  The contact and interaction with different elements left marks on the blank slate of skin of the boy’s people, but when one is young, things are too dynamic to stay for long.
The suns shone overhead, beating down on the people.  The black skin of their race turned it into necessary energy that food or drink couldn’t provide.
The other children finally left the boy alone.  He stood slowly, brushing off the dirt which unfortunately stuck because he was wet.  He looked around, but only saw the town fountain.  He would get in trouble for washing off in there.  The river was about a mile away or the lake was half the distance.  The problem was, the river had animals that might hurt him.  He didn’t want to take on any white by killing something there.
The scientists studied the changing skin color explicitly.  They determined that prolonged active interaction is what changed the color of the people’s skin permanently.  A tiny use of an element might slightly alter a color, but it would fade.  But the skin of the EarTem (Earth Ring Master) was almost entirely brown because of their consistent, active use of the Earth element.
White was the color of evil.  Scientists determined that when the people did things knowingly out of malice, like hurting someone, lying, cheating, killing, their bodies took on a white mark.  The more white marks someone had on their body, the more dangerous they would appear to others in the society.  The marks had never been known to fade, even after much repentance.
The elders simplified it for the people.  “Don’t take a life,” was a repeated mantra.  Even the guardians avoided killing if at all possible.  They were always on call to defend the people from various threats, but defense was not lethal as long as it could be avoided.
But the boy was young.  He didn’t want his skin to take on white marks as long as he could avoid it, even in self-defense, he didn’t want to take a life.  Unfortunately, this meant going to the lake where the other children who bullied him awaited.  He just hoped they wouldn’t try to drown him again.

Glossary
Tem – Master or Leader
Many words are shortened from English words and used in this language.
Riv  for example is short for River.
Vil is short for village.
at October 20, 2017